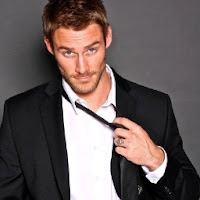 Who could resist that face? Certainly not me. So when Jessie Pavelka recently asked me to “hook him up”, I was quick to promise my next blog post would be about the real man whose face is synonymous with one of Twitter’s most popular “book boyfriends”.


How it all began….
I first learned who Jessie was the way nearly one hundred thousand other women did, when I stumbled across @ChristianTGrey’s twitter account. After getting over the initial shock of learning fictional characters have twitter accounts, my next thought was “who is this gorgeous man?”  A quick internet search revealed the handsome face actually belonged to fitness and well being expert Jessie Pavelka.  As one of the world’s top celebrity trainers, Jessie has appeared on numerous American and British television programs including The View, Lifetime’s DietTribe, and Oprah’s OWN Wake-Up Workout. He can currently be seen on Sky Living’s new documentary series, Fat: The Fight of My Life.
Jessie was recently a guest on Northwest Prime, a blogtalk radio program hosted by Seattle’s Lori Ness. I was fortunate enough to speak with him during the show and both Lori and I had questions for Jessie about his connection to the phenomenon that is Fifty Shades of Grey.

On being “cast” as twitter’s original Christian Grey…


Jessie Pavelka was the unofficial “face” of Christian Grey months before the Fifty Shades series was even released by Random House. “I have no idea how this happened,” he told Ness.  “It’s very flattering, I will say that.”


When I asked Jessie what he thought about having 94,000 people following him as the AVI of @ChristianTGrey, he laughed and replied, “It makes me envy this guy, because I only have 25,000,” then quickly added, “I’m fortunate to have my picture used, so I’m not complaining.”
In fact, far from it. Jessie not only considers the use of his image to be flattering, he even follows the account himself. “I’m blessed in a lot of ways to have that happen. It was a picture of me and then people wanted to know who it was…Some of the stuff I do never kind of gets recognized, so what this does is allow people who would never see what I do…it gives them kind of a window into that as well. So if nothing ever came from this, at least there’s that.” 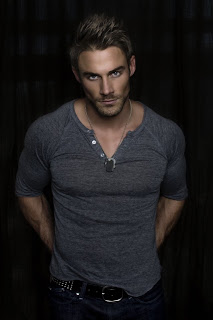 On whether or not he’s read Fifty Shades of Grey...

Jessie admits he was “given a copy of the book and went through it a bit”. While he “could see why people would like it”, he’s not sure the content was made for him.

On being considered for the role of Christian Grey…


While his work right now is fitness based, Jessie is no stranger to the screen. In addition to the previously mentioned fitness programs,   Jessie also appeared in the pilot episode of “Friday Night Lights”.  And while he’s “very open to the idea of a new role”, he says no one has contacted him about the role of Christian Grey. When a caller asked who he could see playing his co-star, Jessie very diplomatically answered, “my wife.” Hmm…well played, Mr. Pavelka, well played.


More than just a pretty face….
One of Jessie’s latest endeavors is serving as patron of the UK Charity HOOP (Helping Overcome Obesity Problems) which aims to assist obese young people with finding healthy solutions.  The organization strives to be a hub of information while supporting not only the children, but their parents as well.  You can find out more about Jessie’s involvement in this worthy cause by visiting http://hoopuk.org.uk/  or watching this video from his website. 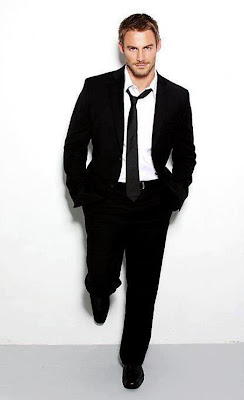 
Be sure to follow @Jessie_Pavelka on twitter. Seems only fair he have as many followers as Christian Grey!


You can find out more about Jessie through his website, http://jessiepavelka.com/