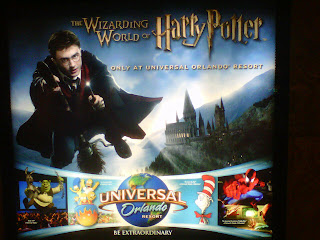 Yesterday, as I watched dozens of little girls waiting to have their pictures taken with Cinderella, I tried to imagine how long the line would be if their mothers could meet Christian Grey. Later, at the airport, I saw an advertisement for the “Wizarding World of Harry Potter” at Universal Studios. Remembering that Universal Pictures just bought the rights to the “Fifty Shades” trilogy, I couldn’t help but wonder if Orlando’s next tourist attraction would be “The Wonderful World of Christian Grey”.

Since Disney World advertises itself as the place “where storybook fantasy comes to life”, I thought it only appropriate to take a cue from a few of their more popular attractions as I imagine what Grey World might look like.....
Join Christian Grey as you venture into a world where romance is real and excitement knows no bounds. Leave the Tower of Terror to the others because your elevator stops at the penthouse of Escala where you’ll receive a full tour of everything from the billiards room to Christian’s office...even the infamous Red Room. As you exit, you’ll pass through the obligatory gift shop where you can purchase your very own silver...masquerade mask.
Getting hungry? Christian would not be pleased. Stop by one of the park’s restaurants such as “Mrs. Jones’ Kitchen” for pancakes and bacon, but best to wait until after you’ve been on the pulse-pounding rides.

You can forget the Astro Orbiter, at Grey World you’ll soar through the air on Charlie Tango. And who needs a Jungle Cruise when you can set sail on “The Grace” instead? If you’re in the mood for something with more of a thrill, head over to the I-5 Speedway to test your skills in an R8 but be sure to keep an eye out for the mysterious black Dodge.

Of course no trip to an amusement park would be complete without posing for pictures with characters. Many of your favorites - even the “bitch troll’ herself - are available for photo ops, but for the ultimate Grey World experience head over to GEH where you’ll be issued a “visitor” badge and whisked to the twentieth floor for a meet and greet with Christian Grey himself. And while you might not trip on your way into his office, you’re guaranteed to leave with a smile on your face. After all, Mr. Grey does “aim to please”. But be warned, judging by the fact that over 30,000* people are following @ChristianTGrey on Twitter, you'd better be prepared for extremely long lines!

Like What You See? Check out REMIND ME my upcoming release from Penguin Random House under the "books" tab or visit the Penguin website here.

True Blood is Back...Excited or Over It? 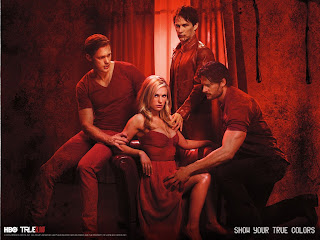 I used to be obsessed with “True Blood”.
I know what you’re thinking, me, obsessed with a book series? Hard to picture, right? But it’s true. It was so bad in fact that one friend even had “Bad Things” as my designated ring tone on her cell phone (That reminds me, “Fifty Shades” needs a theme song!)
But alas, that was sooo 2008.
The other day I heard someone mention “True Blood” was returning to HBO next week. My first thought was, “Gosh, it’s been so long I don’t even remember how last season ended.” (My second thought was to wish I had their schedule...shoot 12 episodes and then take 9 months off? Must be nice!)
In an effort to reacquaint myself with the good folks of Bon Temps, I turned to the internet for a quick refresher that can be summed up like this:  a LOT of people died. Lafayette’s boyfriend? Dead. Debbie the crazy wolf chick? Dead. Sookie’s best friend, Tara? Dead. Even the Vampire League PR lady died at the hands of Bill and Eric. Apparently they felt the need to protect her “fairy” secret even though she dumped both of them in favor of Alcide. (Or is it time for Quinn the Where-Tiger now? Honestly, I can’t keep all her men straight...for a former 24 year old virgin, Miss Stackhouse sure is making up for lost time!)
I guess I can’t really blame her for moving on. After all, Bill doesn’t even remotely resemble the vampire she fell in love with in Season One. Oh, how I long for the days when Bill was a sexy, henley wearing bad boy with long, mussed up hair. *Sigh* He was enough to make me wish I was Sookie, hauling ass through a creepy cemetery in the middle of the night in what appeared to be her Gran’s nightgown. Now he’s a civilized, suit-wearing step-dad for god’s sake! As for Eric, he’s hot and all, but the amnesia story line was wrapped up waaaay too fast for my taste. Heck, they could have devoted an entire episode to the book’s shower scene alone!
Before long, all this nostalgia had me wondering what was next for Louisiana’s supernatural community, so I pulled up the trailer for Season 5:

Hmm...was that a henley tee I saw Bill wearing? Maybe I will call my cable company and add HBO after all...