One Author’s Fangirl Moment (In Other Words, The Day I Met David Gandy!)

As many of you know, I may have a teeny tiny crush on David Gandy (okay fine, it’s more like a full blown, back-to-the-days-of-Tiger-Beat fangirl crush) but what you might not know is how I first came to discover the world’s most successful male model (a story you can read here), that he inspired not only one but three novels Amy K. Rogers and I published with Penguin Random House, or that I had the chance to meet with him this week on my first ever trip “across the pond”. 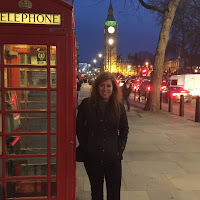 Now of course I took in all the usual sites: Tower of London, Big Ben, Hyde Park, Trafalgar Square, Bond Street, Piccadilly Circus, Westminster Abbey (where I shamelessly marched down the aisle pretending I was Princess Kate), Harrod’s and the South Bank just to name a few. 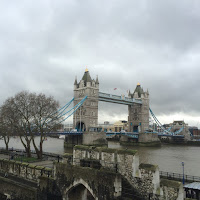 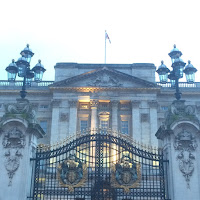 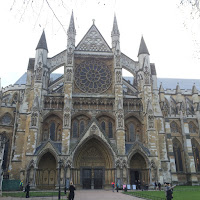 But I also visited Marks & Spencer’s flagship store at Marble Arch and let me just tell you ladies, forget Disney World, the men’s department at M&S is the happiest place on earth. 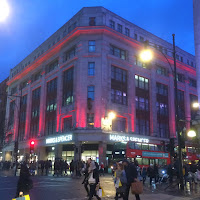 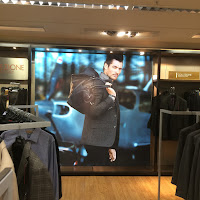 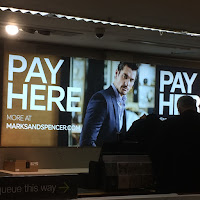 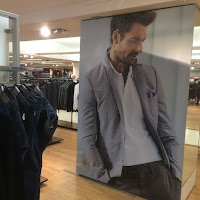 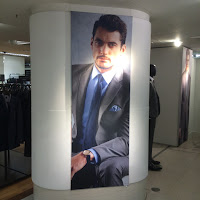 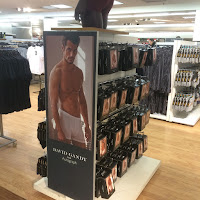 I also discovered that I LOVE all kinds of meat pies (a meal smothered in mashed potatoes or inside a pastry? Yes, please!) But I digress, what you really came here to read about was the day I met my muse…

Everything had been pre-arranged through David and his publicist for us to meet at one of the shows he would be attending in conjunction with LCM (The semi-annual four day event put on by the British Fashion Council). When the big day arrived the London rain finally stopped, the gray skies turned blue, and the sun began to shine. (In the Disney version of this squirrels and birds would have helped me get ready, but the fact that my straightener didn't blow up until the next day is magical enough for me!) The time came for us to meet and…my phone rang. David’s publicist was calling to let me know that due to their hectic schedule (and London’s crazy traffic) they wouldn't be able to make it to that show after all BUT…they were still on their way to meet me. Yes, that’s right Gandy Girls, our guy is not only handsome but a class act, something I’m sure you already know but it still bears repeating.

About ten minutes later Charlotte found me in front of the venue. She was alone so of course my first thought was “Where is David?” but I didn't have to wonder for long because as we started to walk I looked down the street to find David Gandy casually leaning against one of those green metal electrical boxes. He was dressed in a three piece suit with his friend and LCM companion Joe Ottaway standing at his side.

That's not my photo. I was far too excited to have the presence of mind to snap a picture. In fact all I could think was “Holy Sh*t, that’s David Gandy, looking like he just popped out of a magazine, and he’s waiting for ME!” (as opposed to me chasing him down the block, which quite frankly would have been a lot more believable haha)

He greeted me with a smile and the traditional kiss on each cheek (thank you European culture!) and we proceeded to spend the next twenty minutes on a London street chatting about anything and everything, from the three novels Amy & I wrote to how amazing his assistant Laura is to what hotel I was staying in to the weather in London versus the Windy City. 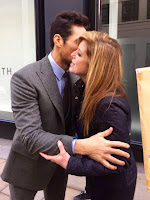 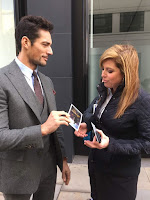 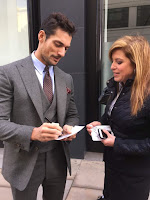 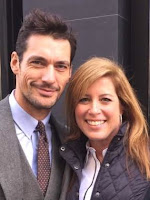 Since posting these photos I’ve received many questions…the most frequent of which was “How did he smell?” While I didn't think to ask the name of his cologne, I can tell you it was quite nice. As for the others…yes, his accent is swoon worthy and yes, his eyes are an amazing shade of blue. No, I didn't accidentally call him Hudson Chase but yes, it was incredibly surreal to meet the man whose picture adorned our laptops while writing the series and yes, he really is that good looking (even more so in person!) But what stands out the most when meeting David Gandy is the fact that he is so humble and kind and despite having a million places to be on one of his busiest weeks, went out of his way to spend time with an American author and for that I will be forever grateful. Thank you, David, you are a true gentleman.