My Review of “Magic Mike” 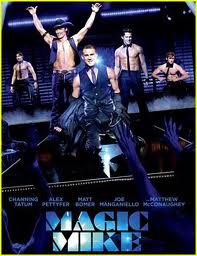 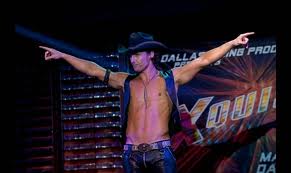 It was all so promising, right down to the opening scene in which Matthew McConaughey told a crowd of zealous women about the “touch and no touch zones”. (For the record, anything goes.) The momentum kept going at full speed into the second scene, which opened with a shot of Channing Tatum’s bare bum and quickly revealed not one, but two ladies had spent the night in his bed.

After that, however, the film developed a multiple personality disorder, constantly flipping between two genres. 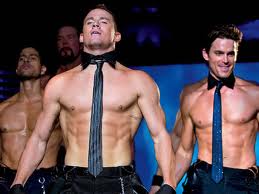 On the one hand it was as advertised, a rollicking good time about a stripper with a heart of gold and a body that...well, let’s just say if I could go see Channing Tatum dance I’d leave the singles at home...tens and twenties, baby! But there were darker moments in the film as well. I don’t want to ruin the movie for anyone, but a teacup pig eating vomit off the floor the “morning after” is a bit of a mood kill in my book. All in all, not quite the romantic comedy the movie’s trailer made it out to be.


So my advice to you is this: wait for the DVD to come out. That way you can invite your friends over, have a few cocktails, and replay the dancing scenes over and over. In the meantime, open a bottle of wine and watch the trailer a few dozen times. All the best parts are there anyway.
Cheers!